Hubby and I are not big fans of theme parks nor Disney characters. But we (it's me actually) couldn't resist a chance to go to the much raved about "Happiest Place on Earth", because the truth is I have never been to Disneyland before! Had wanted to take the 8.10am direct bus (600 yen one-way) from Shinjuku (new south exit) station but the bus was full. Didn't want to wait for 30 minutes for the next one, we decided to take train instead.
When in doubt, just follow the crowd as there would be throngs of children, family, couples heading towards the same direction. Curious, most children were carrying some plastic tub imprinted with Disney characters; we were about to find out just what these tubs were meant for. And it was rather amusing to see teenagers donning all sorts of Disney character accessories and ear muffs, all eagerly looking forward to Disneyland. 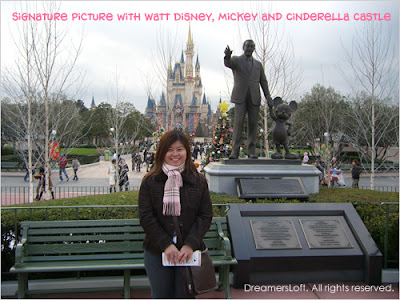 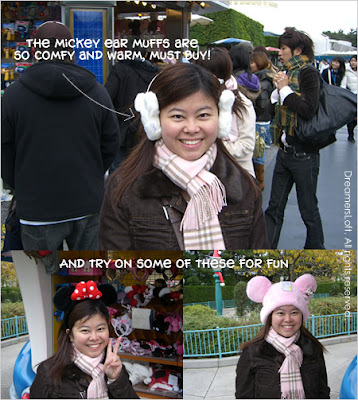 It was almost 9am (opening hour) when we reached JR Maihama Station, and there was still a queue to get into the park. A one-day passport cost 5800 yen per person, not exactly cheap. By the time we got into the park, we have missed the opening gigs and some of the more popular Disney characters. It was okay because I was more attracted to the World Bazaar shopping arcade. Being the Christmas season, the park was aptly decorated with Christmas trees and ornaments; shops playing Christmas songs, creating the perfect mood for Christmas shopping. Had to resist the temptation to start buying because won't want to lug around shopping bags. 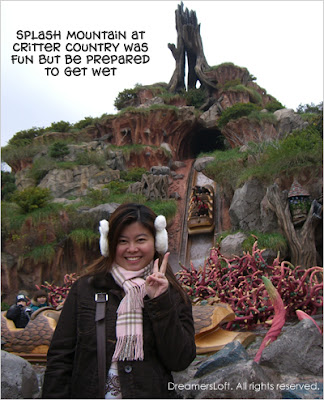 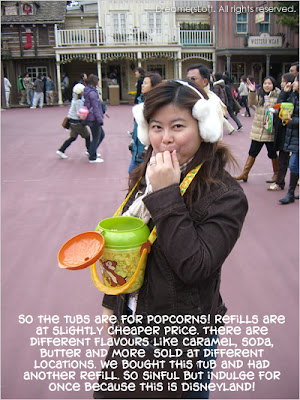 There are 5 thematic areas - Tomorrowland, Toontown, Fantasyland, Critter Country, Westernland and Adventureland. As we hated queuing, we decided to take our own pace to soak in the atmosphere and went for the more challenging rides only. Managed to use the fast pass for a couple of rides and had to queue 1hr for some. The park was crowded, queues were long but orderly and everyone seemed happy.

When it was almost time for the special event "Disney's Christmas Dreams on Parade", everyone just lined the parade route and literally sat down on the ground. Neat! It was the same situation during the "Tokyo Disneyland Electrical Parade Dreamlights. There were even park ushers to line people row by row. Wonder if it is the same at other Disneylands? 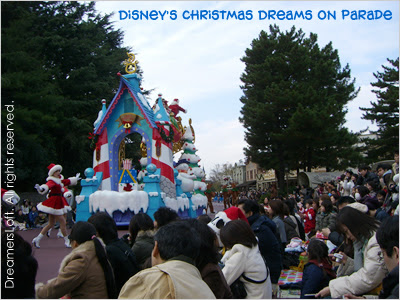 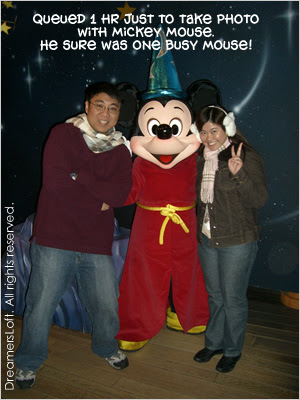 Food wise, most items were quite delicious maybe due to cold weather? For lunch, we had our fill of popcorn and turkey legs which were sold at pushcarts. Dinner was curry rice. Having spicy curry rice during winter sure was fulfilling. 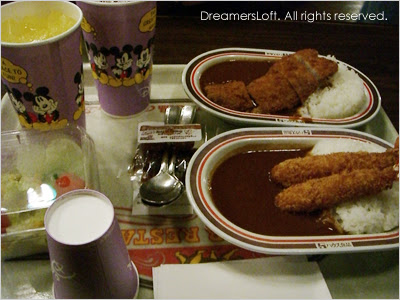 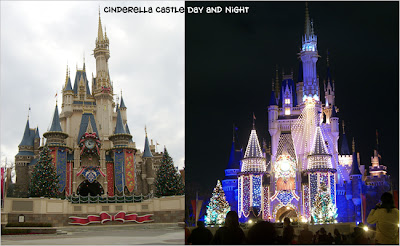 The special holiday version of "Tokyo Disneyland Electrical Parade Dreamlights" was really pretty; Christmas songs filled the air and create a festivity mood throughout. But the grand finale of "Christmas Wishes in the Sky" was tip of the iceberg with a fireworks show set to Christmas songs.
After watching the fireworks, we scurried to the shops and started a shopping frenzy before catching the last bus back to Shinjuku station (600 yen per person).
Day 6 thoughts: Sure was a happy experience at Tokyo Disneyland.
Travel resources

Posted by daydreamer at 9:44 PM