During this free and easy trip, I had the pleasure of trying some local favourite food/eatery based on recommendations by friends. One of them was shrimp roe noodle. I had never tried this noodle before until I saw Annie's post on shrimp roe wanton noodles for AFF HK/Macau and was very intrigued by the looks and curious about how it would taste like. Hence made a mental note to look out for shrimp roe noodles as well as shrimp roe so that I could try cooking this at home. 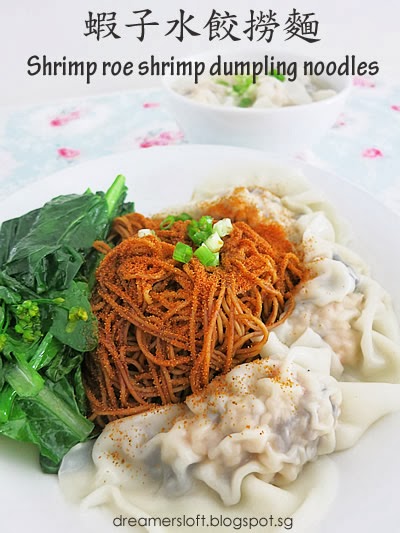 When hubby and I were heading towards the dried seafood and tonic street at Sheung Wan, we passed by this shop selling different flavours of noodle and yep shrimp roe noodle is also available. Bought an assortment of different flavours just to try :) 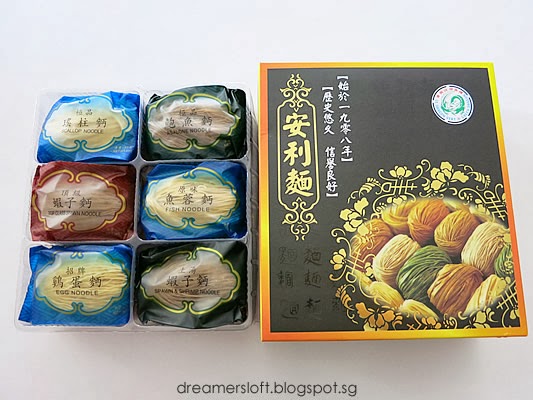 The shop also sells shrimp roe/spawn in packs of 10g, 15g and big bottle. Bought just a 15g packet since I reckoned I wouldn't need much. Also managed to find a bottle of shrimp paste/sauce at another shop selling dried goods. 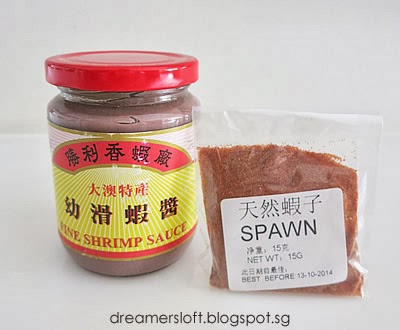 Also decided to head to Sham Shui Po 深水埗 to try one of the noodle shop Lau Sum Kee Noodle 劉森記麵家 that's famous for its Shrimp roe noodle, so that at least I know how the original was supposed to taste like.

I ordered the 蝦子雲吞撈麵 Shrimp roe wanton dry noodles. How should I describe the taste? The noodles was very springy, a tad dry, the taste was just slightly saltish with a very interesting umami taste coming from the shrimp roe that was sprinkled very generous on top of the noodles. My noodle was served with sliced omasum (牛柏葉), a little surprised coz didn't know what it was and was it a standard side dish that came along? Anyway, the sliced omasum was very springy and crunchy but tasteless. I dipped it with some chilli sauce and it tasted better. The wanton was big and plump with pork and shrimp, tasted ok. But I preferred the shrimp dumpling which hubby ordered as the taste was enhanced with black fungus and mushroom. 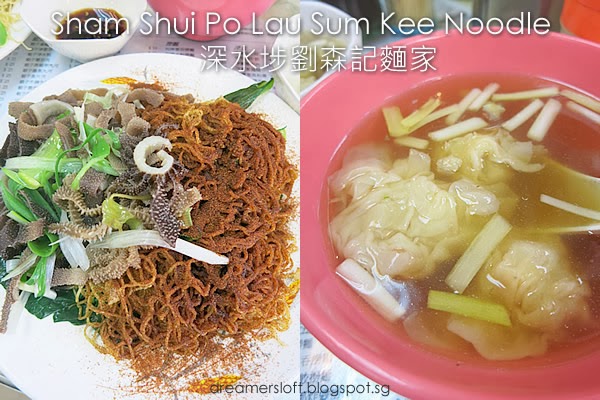 Overall, I thought that the noodle was so-so, maybe I'm not a Cantonese and don't know how to appreciate it? Or maybe coz I was rather distracted by the large amount of sliced omasum. Anyway, hubby who's a Cantonese didn't like the shrimp roe noodle either. But then, he never liked this type of noodles, he preferred mee pok kind of noodles. 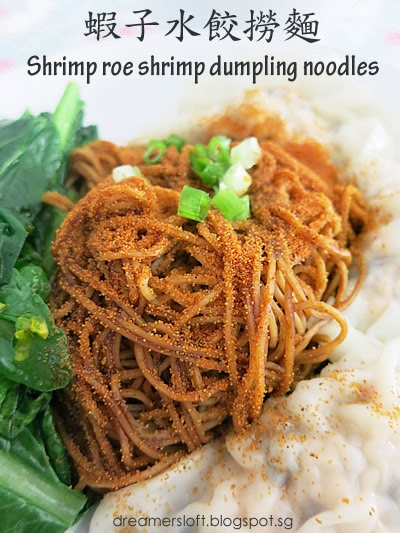 Anyways, since I already bought all the ingredients, might as well cook it right? I used Annie's recipe for the noodle dressing and made shrimp dumplings based on what I ate at Lau Sum Kee Noodle.

I must say I preferred Annie's version of making the dressing! Lau Sum Kee's noodles were quite dry, making it hard to chew and swallow, and there was too much shrimp roe sprinkled on the noodles. Whereas Annie's dressing sauce make the noodle slightly wetter and smoother to eat (I added a bit of chicken stock as well), and shrimp sauce complemented the shrimp roe very well. I used slightly lesser shrimp roe as I didn't want to be overwhelmed. 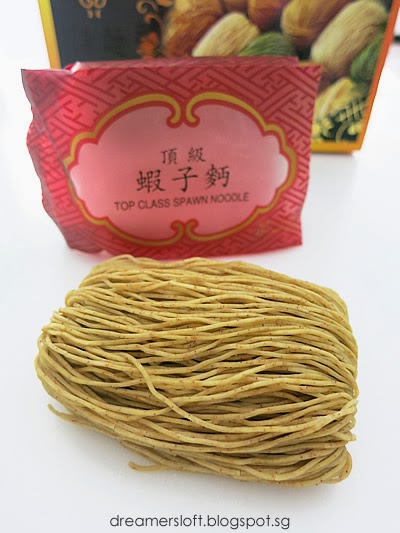 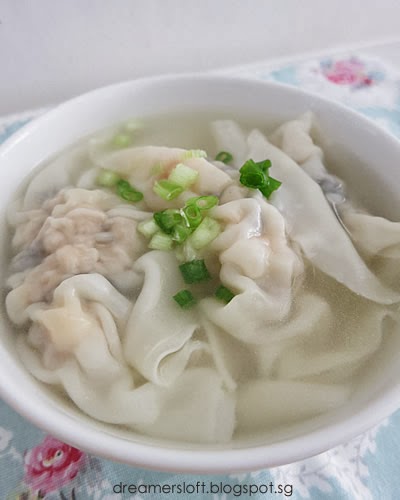 I am submitting this post to Asian Food Fest ( Hong Kong + Macau ) – Jan+Feb Month hosted by Annie of Annielicious Food
Posted by daydreamer at 3:49 PM