Attended a cupcake workshop conducted by pastry chef and food blogger, Joycelyn last Friday afternoon. Chanced upon it while I was surfing her blog KUIDAORE and learnt that she is conducting cupcake workshops at Shermay's Cooking School on selected Fridays, Saturdays and Sundays these couple of months. Some classes were already fully booked when I called in January.

Despite the fee being on the high side, I still went for it. Was inspired by the photos posted on her blog. Imagine myself being a domestic goddess churning out delicate and yummy designer cupcakes? *grinning & dreaming away*

Well, basically I’m also lazy to source for recipes and hope to get some decorating tips. The 3.5 hour workshop offers demo and hands-on with a foolproof master recipe and a box of 12 regular-sized cupcakes to bring home, kind of an easy way out for me. And I can also skive from work for one afternoon!

The workshop started with a demo on Madagascar Bourbon Vanilla Cupcakes and Valrhona Dark Chocolate Cupcakes. Thereafter, participants were paired up and proceeded to make the Valrhona Dark Chocolate Cupcakes. The chocolate cupcakes were surprisingly easy to make, without using an electric mixer. It's almost as if they were made out of a Betty Crocker's pre-mixture. But this is definitely different because they were made from scratch! The cupcakes turned out really tender and moist with a rich chocolaty taste. Yum! 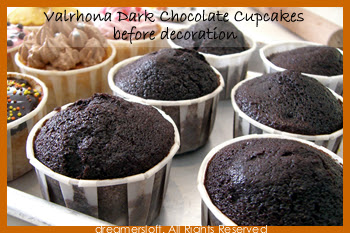 The Vanilla Cupcakes were pre-baked for us because these took more time to make than the chocolate ones, requiring an electric mixer to thoroughly mix the ingredients. Taste-wise was stronger due to the good quality Madagascar Bourbon Pure Vanilla Extract used; texture was slightly denser than the chocolate ones but still very tender and fluffy. 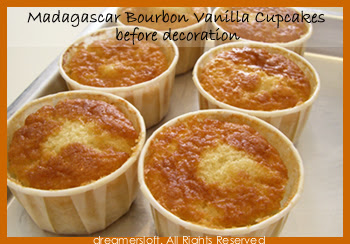 We were also shown how to make various types of frosting and toppings as well as decorating techniques which would transform plain looking cupcakes into boutique cupcakes. Since it was my first try on cake decoration, didn't think my cupcakes looked all professional but well, passable I guess.
Marzipan (almond paste) and chocolate putty (almond paste and chocolate) are malleable and can be used to create pretty 3D decorations by tinting them different colors. First time coming across marzipan, feels very much like playing with plasticine or Play-Doh but it made the cake look really chic. Joycelyn also demonstrated the Swiss Meringue Buttercream with raspberry and chocolate variations. Buttercream make the cupcake look classy provided that they are applied well; and it's certainly not easy to use a piping bag. I used to think that buttercream is very heavy and too creamy for my liking but this tasted pretty light and smooth. 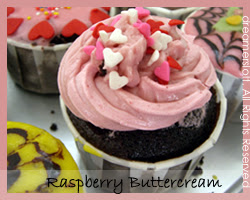 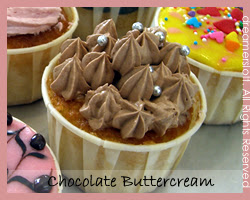 An easy and versatile decoration is icing which can be dolloped atop cupcakes using spoons. It can be tinted to different colours and flavoured to different taste like chocolate, vanilla, lemon or as it is. After the icing dries up, it will form a smooth and satiny crust which is slightly crunchy and goes very well with the tender cupcakes. 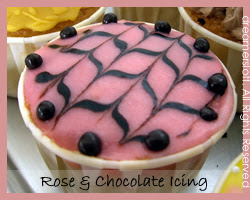 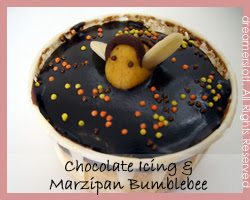 One extremely easy way to decorate a cupcake is simply spread lots of Nutella atop the cupcakes, add some chocolate bar and that's it! Sinful, but nice. 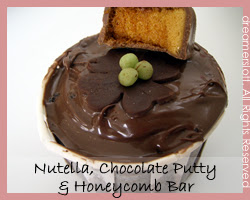 There are so many variations to the cupcakes; I will have to slowly explore them. Meanwhile, shall savour my fruits of labour over a nice cup of Earl Grey.
Baking and Confectionery Supplies

Posted by daydreamer at 1:09 AM