After nearly a five month hiatus, I finally made some time to attend a Thai Classics IV demo workshop conducted by Guest Chef Forest Leong at Shermay's Cooking School. Attended her Thai Classics III workshop last year and really enjoyed her amiable approach in class. Her recipes are quite easy to follow and most importantly, hubby and I love Thai food. In fact, had attempted 3 out of 4 of the recipes she taught previously with success. So this time, I'm quite excited to see 4 new recipes (not found in her recipe books) featured. 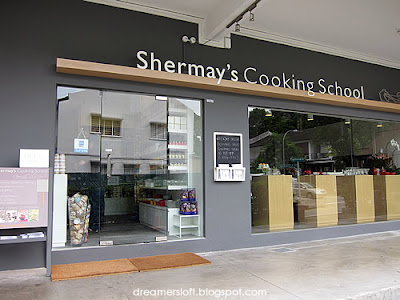 And this is the first time I'm attending the class at Shermay's new premise, located still at Chip Bee Gardens with a roomier shop space a few doors away from Pantry Magic. 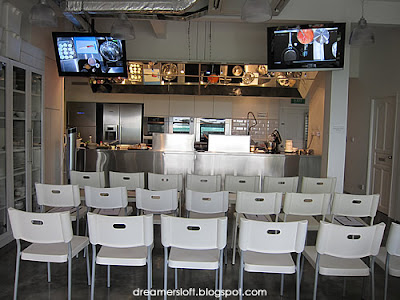 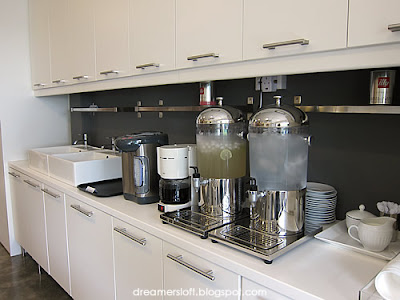 Similar to the previous concept, the school is divided into 2 sections - retail and cooking/demo studio. The swanky studio sure looks impressive and more spacious than before. 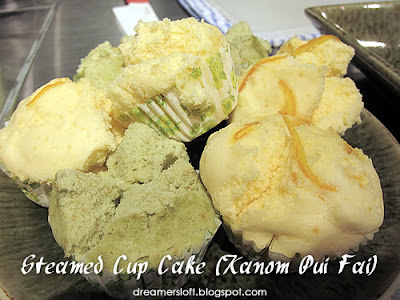 The first recipe demonstrated was the Steamed Cup Cake (Kanom Pui Fai). This resembles the colourful 'Fa Gao' sold commonly at Pasar Malams which hubby loves. The recipe is really very simple and ingredients fairly healthy, no butter and very little egg and sugar. This is also quite similar to the Steamed Bun that I attempted before, but texture more fluffy. 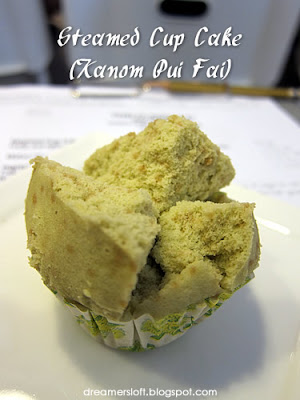 Different flavours could be added to the master recipe. We got to try the green tea and orange version. I love the green tea one, very light and fluffy with a tinge of green tea taste. I thought the orange one is a tad dry... 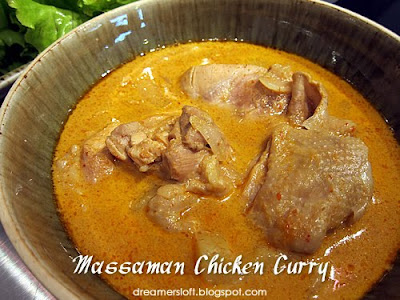 Next recipe was the Massaman Chicken Curry, which has spices of Indian, Malay and Thai making it a unique blend of curry. The aroma of the Massaman Paste smelled really good and I couldn't help but salivate when Chef Forest was frying the paste. 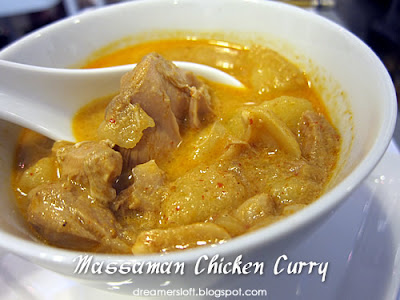 The curry was surprisingly not that heavy despite the amount of spices added, probably due to the tamarind juice and palm sugar. Chicken meat was very tender due to the method of cooking. An interesting twist was the peanuts added to the curry which I thought quite a nice touch. Will try out this recipe when I have the time as preparing the Massaman paste will take some time. 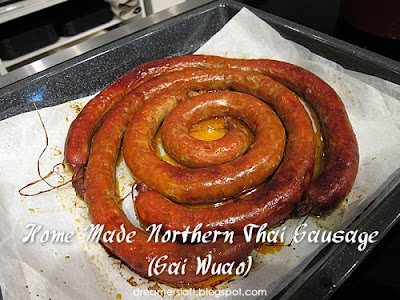 Fancy making your own sausage at home? The difficult parts are cleaning the sausage casing (intestine) and stuffing the paste into the casing. After watching the demo, I had reservations on making this at home since it's so troublesome. And frankly, I'm not really a sausage person. 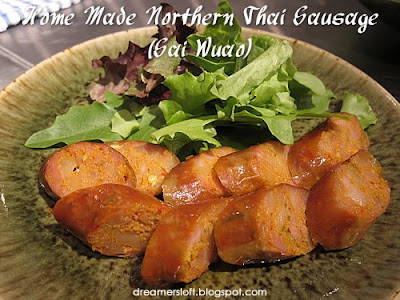 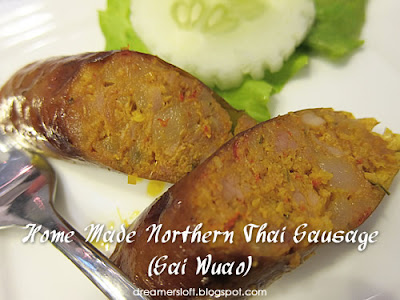 But after tasting it, I felt an urge to try it. The sausage filling was soooo yummy, very juicy and crunchy! The right amount of fat with loads of fresh herbs. Really unlike any sausage I've eaten before. Ok, some day, I will try. 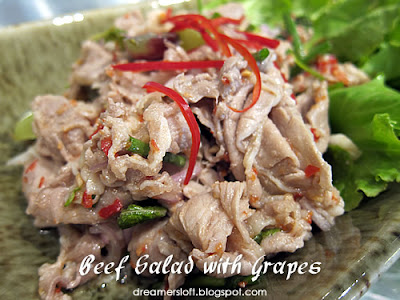 The beef salad is also very easy. The key to the success of this recipe is the dressing - spicy, tangy, sweet, salty... really whets my appetite! 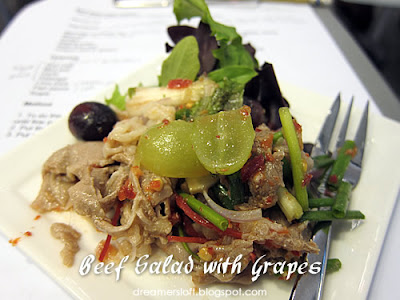 I woofed down the salad in no time. Would probably use this recipe if there are any upcoming potluck gatherings.

It sure was a fruitful workshop and now looking forward to Chef Joycelyn's workshop on Fabulous Party Cakes!
Posted by daydreamer at 10:01 PM 4 comments: