What to do on a hot, humid and sluggish Sunday afternoon? While the temptation is to laze in an air-con room sipping ice lemon tea and watch some nice movies, I opted to bake because 2 tubs of nutella have been staring at me from the pantry since April after I attended Chef Joycelyn's Ultimate Chocolate Treats 2 workshop. Bought the nutella immediately after the workshop, thinking that I would bake the cupcakes soon. But I wasn't in the mood to bake recently, so the ingredients in my kitchen have been collecting dust :p 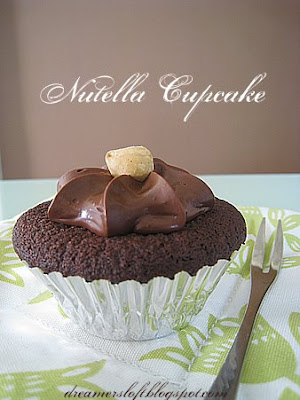 Although called a Nutella cupcake where generous amount of nutella is added into the batter, it is quite curious that the flavour of nutella is quite subtle here unlike the spread itself. Nutella fans would probably be better off eating the stuff straight from the bottle. Nevertheless, the crumb is very tender and taste well-balanced between that of chocolate and nutella. The nutella praline frosting boasts of stronger nutella flavour, well because the larger proportion of nutella used than chocolate. I love the crunchy bit of slightly toasted whole hazelnut placed atop the frosting. 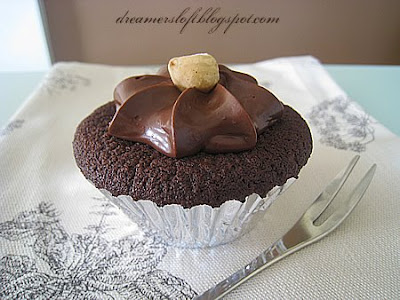 Not sure how well-received this cupcake flavour would be. It's hard to decide which is the better, the Valrhona Dark Chocolate Cupcake with Swiss Meringue Buttercream or this. 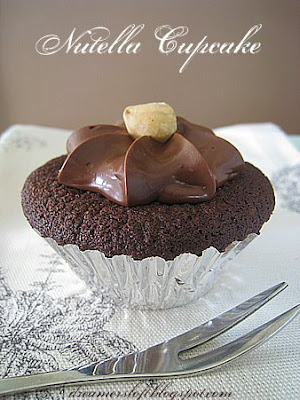 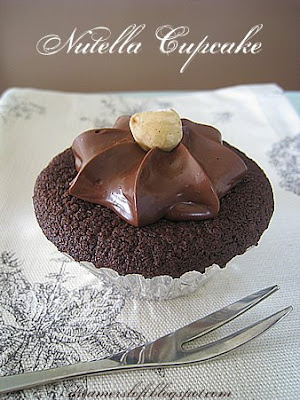