Tempura 天ぷら is such a popular and likable Japanese dish that I believe even non-Japanese food lover will enjoy since it's deep fried :p And it's extremely versatile too. You can eat it as on its own (with a dipping sauce), or as Tendon which is tempura served on rice drizzled with some sauce, or as Tenzaru which is tempura with soba, or as tempura udon (shrimp tempura served inside the udon soup). These dishes can also be found almost anywhere in Japan.

The type of tempura we see in local Japanese eateries are usually prawns, white fish, mushroom, brinjal, lady's finger, green bell pepper and root vegetables such as pumpkin, sweet potato and yam. The ingredients are dipped in a simple light batter consisting of low protein flour, egg and water and then deep fried for a few minutes. Specially prepared tempura flour is also readily available in supermarkets, just need to add water to the flour according to instructions.

Although preparing the ingredients and batter look easy, to get the right consistency of the batter and right temperature of cooking oil when deep frying is no mean feat. Most often the tempura turns out not crispy enough or too oily. 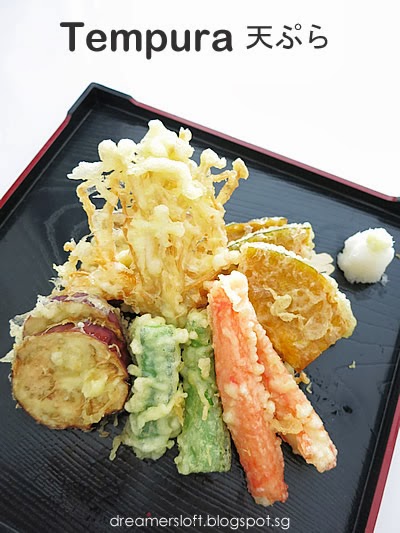 The recipe is actually referenced from my all-time favourite comic book - Cooking Papa クッキングパパ :p
Cooking Papa is an ongoing Japanese manga series written and illustrated by Tochi Ueyama. The chinese edition I have is translated by a Taiwan publisher. The Japanese series has 124 volumes now whereas the chinese series at 110. I'm an avid follower since 10 years ago as the illustrations are vivid and of course the food featured looked so yummy!

The story revolved around a salaryman based in Hakata (Fukuoka, Kyushu) who can cook well, and in a way spreading the love of food and culture among his family and friends. In each volume, there is usually 8 to 10 chapters featuring stories on a certain food and recipes for the dishes are provided. Through reading the comic series, I learnt more about the Japanese food culture in different parts of Japan. And it's not just Japanese food, international cuisine is also featured when the characters travel to Korea, China, Europe, America. There's even a few chapters on Singapore, featuring chicken rice (新记 at the old Margaret Drive Hawker Centre) and Bak Kut Teh. As the author is an avid cook himself and travels to different parts of the world, the food featured are definitely authentic :) 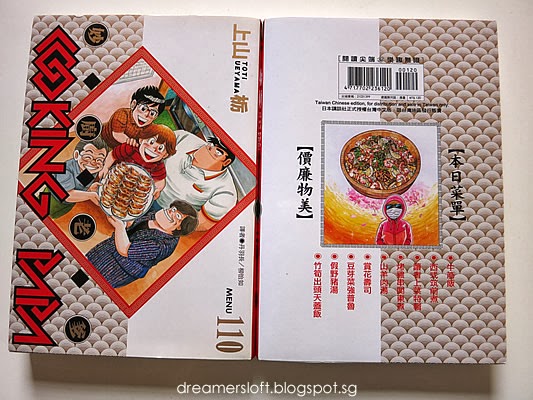 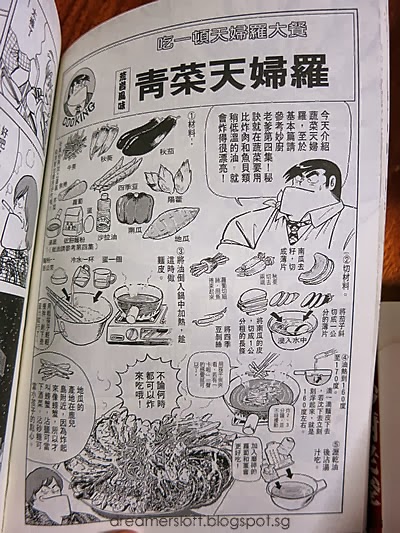 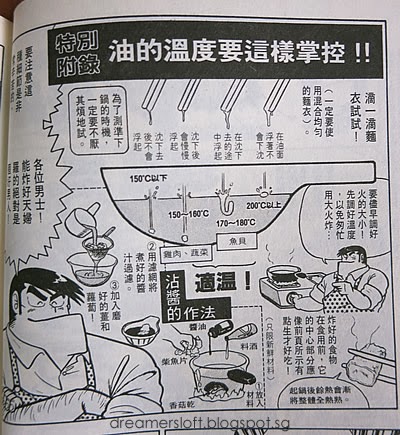 The recipes are usually very detailed with lots of great tips for cooking :) 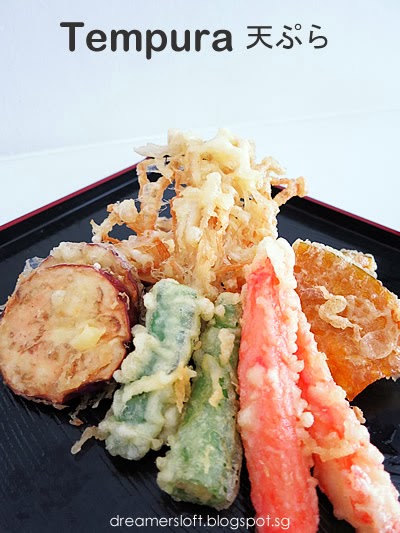 
I am submitting this post to Asian Food Fest #1 Oct 2013 : Japan,
hosted by Alan from travelling-foodies
Posted by daydreamer at 5:44 PM