Dear son turned FOUR yesterday! He sure is growing up fast and is now this super fun loving, cheeky, opinionated and charming preschooler, who drives daddy and mummy crazy with his quirky antics at times. Discipline is also coming into place as he tries to challenge his boundaries every single minute.

Anyways, we had a small celebration at his childcare centre yesterday, so that he could share this joyous occasion with his friends and teachers, many of whom "grow up together" with him.

Naturally I had to bake a birthday cake for him right? So what cake this year? I still remember a year ago, I made him a 7-layer rainbow, and how I have progressed myself as well! The very first rainbow cake I made, according to hubby was "not very tasty". Through the past year, I've made at least a dozen rainbow/ombre cakes and tasted a few recipes and I'm pleased to say, the cake texture is now much improved. Initially was considering something different like polka dot cake or giant cupcake, but somehow I really want to make a rainbow cake again using my ombre strawberry shortcake technique. So it was decided! 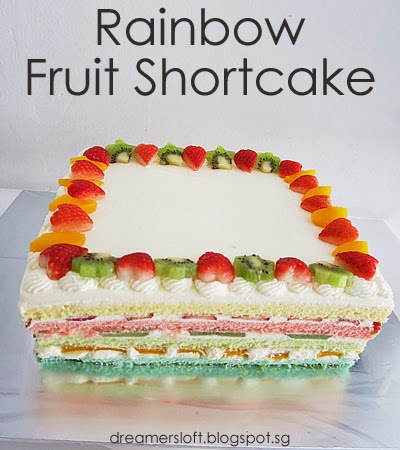 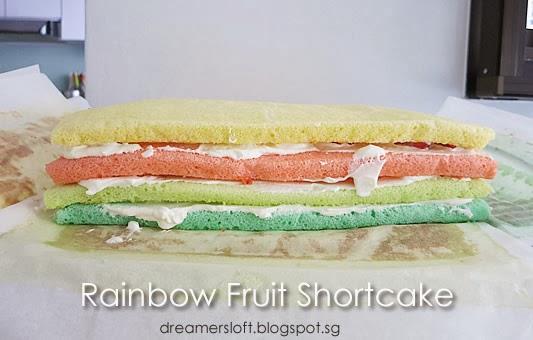 Quite a challenging and time-consuming cake to bake because each layer was baked separately then combined. Quality ingredients such as Japanese flour and sugar, French butter and whipping cream were used to achieve the desired texture and taste; and not to mention the amount of fruits used. 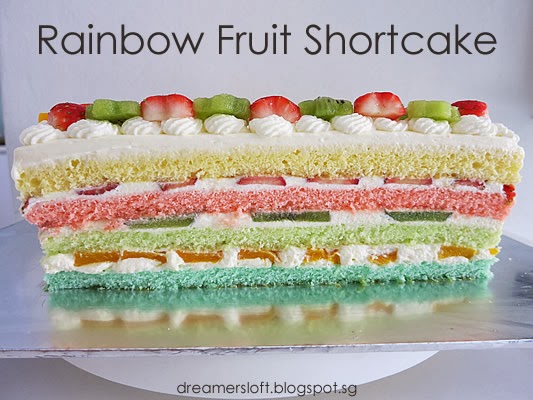 The sides of the cake were deliberately trimmed instead of covered up with frosting. This has been a vision in my head, of how I wanted the cake to be presented. Alas, it was not as easy as it seemed. Due to a series of stupid mistakes, I ended up trimming more cake than I should, resulting in a smaller cake. Was so upset because I was worried that there might not be enough cake to serve all the children and teachers! I was even contemplating to start all over or bake a smaller cake to add on.

When I told dear son that mummy's very sad because the cake was too small and might not be enough for everyone, he actually said "It's ok mummy, just cut smaller piece", gesturing small piece with his hands. I was actually quite touched that he had that thought. After ranting for a while, I decided not to bake another cake whatsoever, this shall be it. All the children would receive a goodies bag anyways. 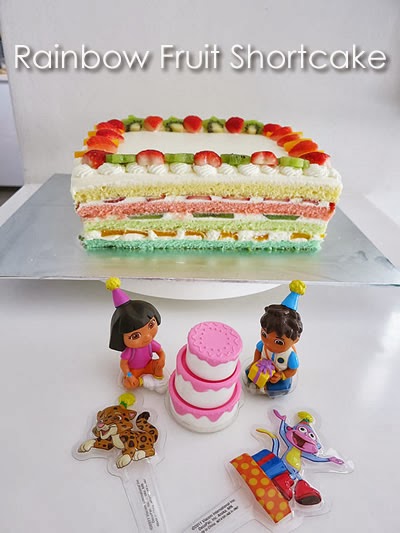 Oh, I bought him a Dora the Explorer cake topper as well (it was so expensive!) because it's his current favourite. He watched Dora cartoons and story books umpteen times a day. Actually his favourite character is not Dora, Diego or Boots but "Map" (those parents whose kids are into Dora will know who are these characters), and he claims that he is "Map". Whenever we read the story books and it comes to asking "Map" for directions, he will pretend to be "Map" and tells us the directions. Haha. I digress. 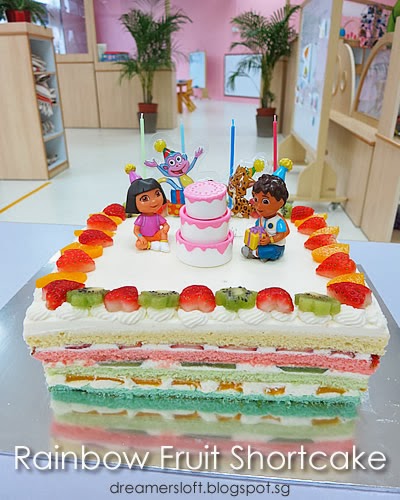 Tadah! Presenting dear son's 4th Birthday Cake - Rainbow Fruit Shortcake with Dora the Explorer topper. I think all the kids and teachers enjoyed the cake very much, both visual and taste :) 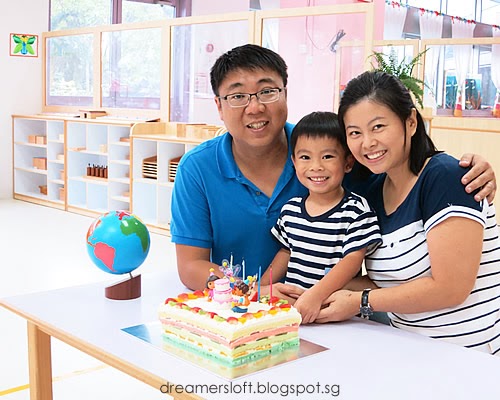 And here's us, cutting the cake together. He was certainly a happy boy yesterday. May he stay healthy, bright and strong!