Did I mention before that I'm crazy over Yuzu? I love Yuzu Mitsu ゆず蜜 (from Sugi Kohoen 杉養蜂園), Yujacha (Korean Citron Tea), Yuzu cakes and any food with yuzu...my lip balm is yuzu flavour (from Yojiya) and if I could find, yuzu shower gel (Muji used to carry it, Afternoon Tea Japan carries it from time to time). LOL! 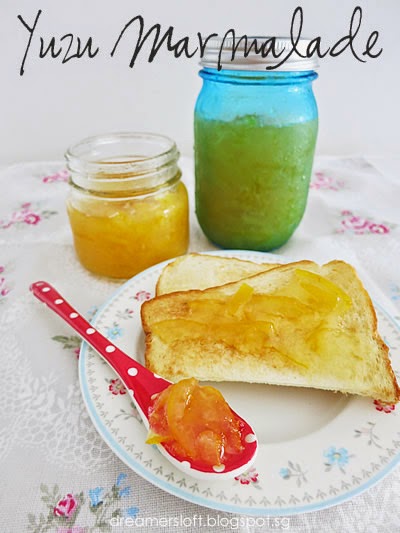 Earlier this month, I was in Tokyo and managed to find fresh yuzu! Yuzu is only available during winter period which is around Dec to Mar. The box on the left was from Tsukiji market, 13 yuzu for 2527 yen, very plump and smooth surface. The ones on the right was from a mini supermarket next to my hotel in Shibuya, 3 yuzu for 378 yen. These were slightly smaller with rougher texture, colour shade was a tad darker as well.

We rarely get to see them in Singapore (probably Isetan or Mediya but mark-up would be 3 times; so far I have never seen them, probably snatched-up very quickly). Now that I think of it, I should have brought more back! 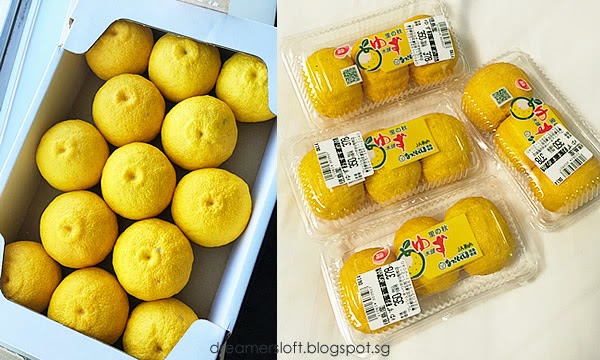 After sharing them with my foodie friends who love yuzu as well, I had 7 of them left. I missed yuzu chiffon very much so used up 3 pcs for one chiffon cake (half quantity of recipe). (Used the zest and juice for the cake and peel/membrane to marinate pork - waste not!)

Shared some with hubby's colleagues and left about 6 slices for myself to devour them slowly (clingwrap, store in airtight box and chill or freeze). It was sooooo fragrant and yummy! 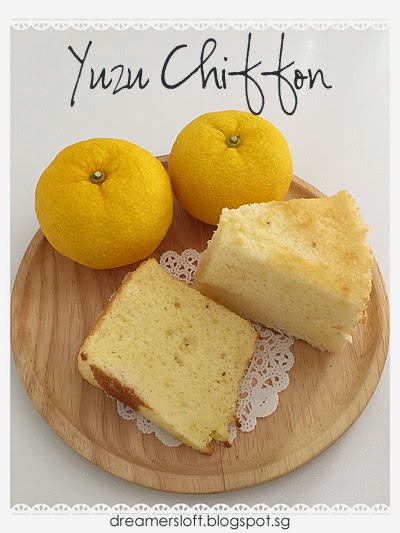 As for the remaining precious 4, I couldn't decide what to do with them. I'll be travelling again very soon so wanted to use them up quickly. Initially wanted to make Yuzu Sorbet after seeing Just One Cookbook's recipe, but I wanted something that creates more mileage and I could "preserve" for a longer period of time. Then saw Rumbling Tummy's recipe on Yuzu curd and was also very tempted! Finally what sold me was my Japanese friend N who commented that her mum made Yuzu jam and Yuzu Daikon. Bingo! I could make Yuzu marmalade, which would last me at least one to two months (hopefully). 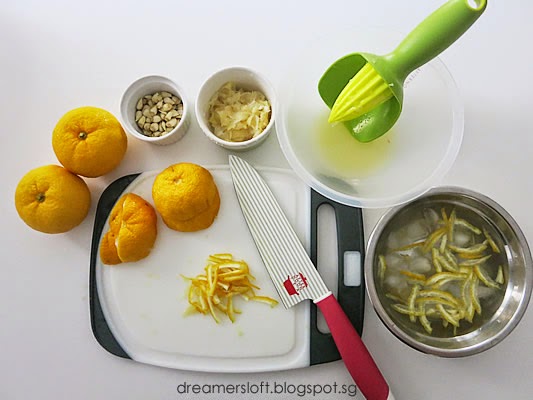 Searched the internet for suitable recipes and came across two particular blogs, She Who Eats and Wild Heart with a Soft Spot that provided very detailed instructions. I particularly loved the recipe from She Who Eats because it's exactly what I'm looking for, not as "set" as the traditional marmalade, is bittersweet and low in sugar, resembling those Korean Citron tea.

The whole fruit was used, the juice, peel (sliced thinly), pulp/membrane as well as the seeds. Cooking time was relatively short as well. 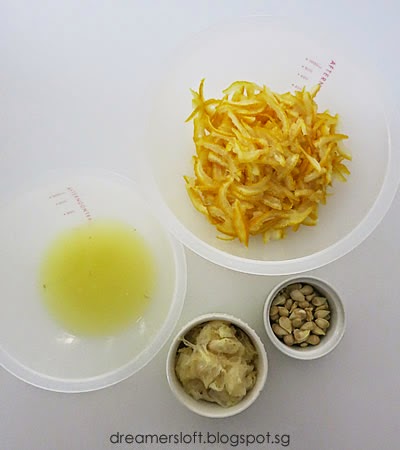 Homemade Yuzu Marmalade
(yields about 670g; reference from She Who Eats and Wild Heart with a Soft Spot) 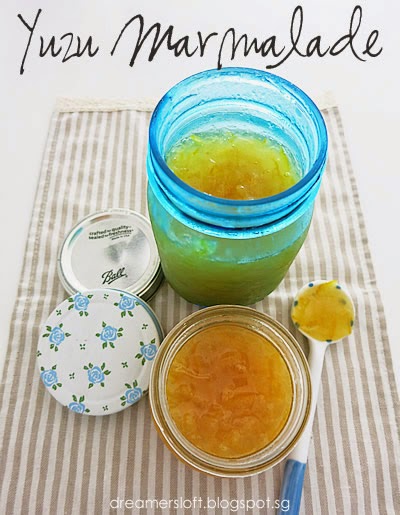 I love how the yuzu marmalade turns out, slight tinge of bitterness and not too sweet, I could just eat spoonfuls of it like that!

When I was cutting the yuzu peel, the whole house was filled with the intoxicating fragrant of yuzu. I preserved the water used to soak the yuzu peel and left them in the fridge and now my fridge also smells lovely! 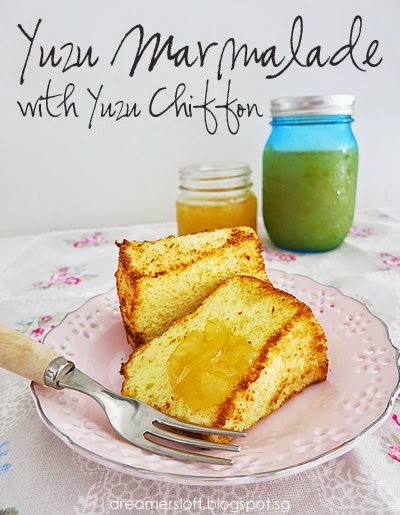 They are many ways to enjoy the marmalade. Eat it on its own (like me), spread them on toast or eat them with yuzu chiffon. Simply toast the chiffon slightly and the chiffon will have a crispy exterior and tender and fluffy interior; top with some marmalade and I'm in Yuzu haven! 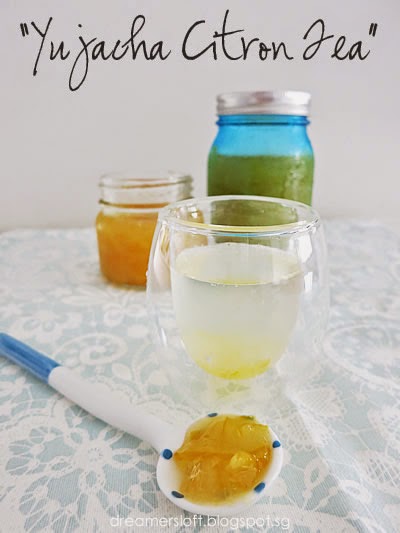 I could also make it into a drink, just like the Korean Citron Tea or Yujacha! 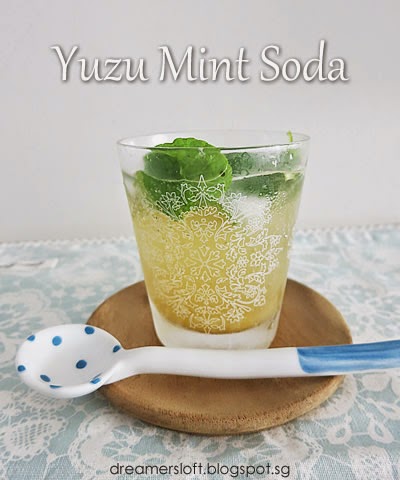 Or for a more luxurious drink, add some soda water, mint leaves and lots of ice for a cool Yuzu Mint Soda!