Following the success of the Iced Gems that I made last week, I decided to make another batch using a different recipe from Cherry on a Cake. I have some royal icing left anyway, and I had promised my kiddo to let him try on it. 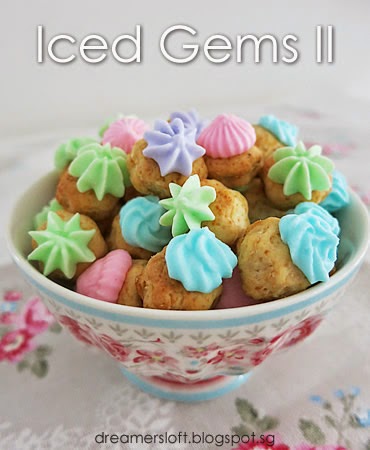 I found this biscuit recipe much easier to handle than the one I used earlier. The dough is pliable but not sticky, making it so much easier to stamp the biscuits and best of all, I didn't even need to chill the dough. However, the biscuit would rise and lose its shape a little during baking because baking powder is used.

This biscuit is more rustic, dry and plain, and pretty tasteless since no sugar is added. So in fact, it matched the sugary icing really well. Now I couldn't decide which recipe I prefer, the other is more buttery and fragrant, whereas this is more rustic. I guess this recipe would be easier for beginners who are keen to make iced gems. 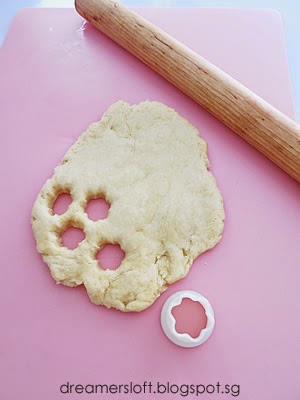 Method is pretty much the same as previous recipe, except that the dough could be used immediately without chilling at all. Stamping the biscuit dough was so much easier and faster. But baking time was slightly longer in order to fully cook the dough. 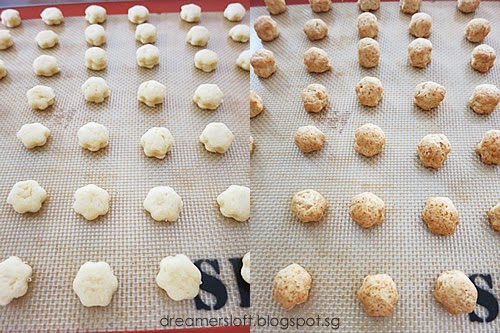 Iced Gems 糖霜饼干
(yields about 98-100 biscuits, recipe adapted from Cherry on a Cake) 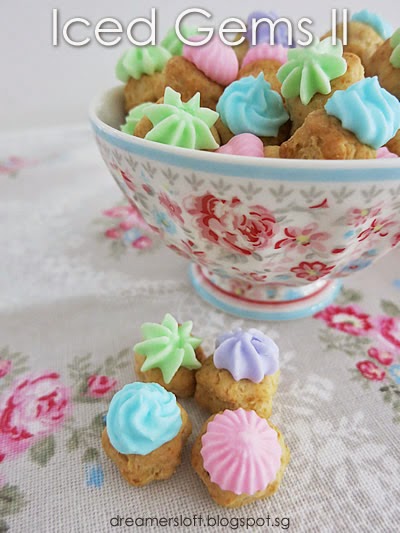