Well, actually Har Cheong Gai is more of hubby's favourite. If I were to make a choice between Har Cheong Gai and Sweet & Sour Pork, the latter wins hands down =D

Ok, anyways, back to Har Cheong Gai, Dr Leslie Tay (ieatishootipost) also posted a recipe which according to him is the Cze Char version that he managed to put together after asking many chefs. Using the same batter, I tried both deep-fried and air-fried methods to test the difference between the two. As far as possible, I hope to minimise deep-frying so if air-fried method could achieve a satisfactory texture and taste, I won't mind so much (and of course it depends very much on the hubby's preference). 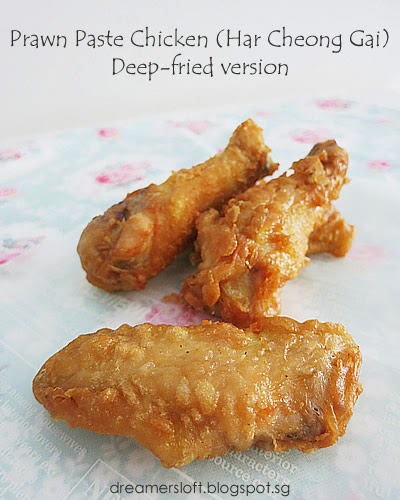 After hubby did the taste test, he was ok with both versions (unlike the sweet & sour pork where he felt that deep-fried version was better). I's also important to eat the chicken freshly fried because I tried one piece that was fried in the afternoon and naturally didn't taste as good anymore. 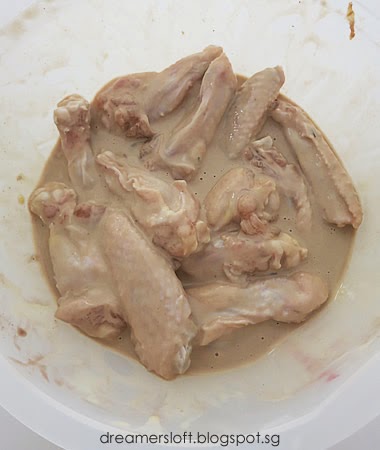 The preparation was fairly easy, just that I disliked the deep-frying part.

For the batter, I tried following the recipe as close as possible making very slight changes. Shrimp sauce is the key ingredient here; I bought my shrimp sauce from Hong Kong earlier this year. The recipe calls for potato starch but I ran out of it and substituted it with tapioca starch. Not sure if it would make a difference, would probably test it out next time.

For the marinate I was actually quite tempted to add some oyster sauce, but resisted because I was keen to stick to the recipe for a start.

Special mention, my new air-fryer grill pan came in useful. The batter didn't stick as much, unlike the original wire basket. 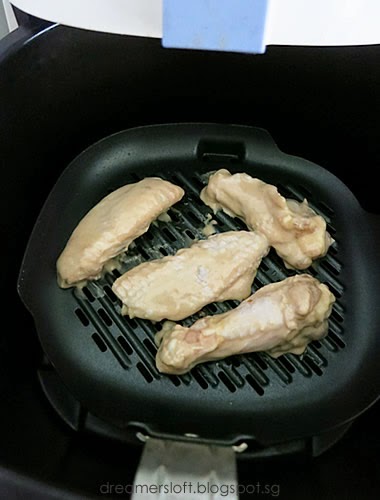 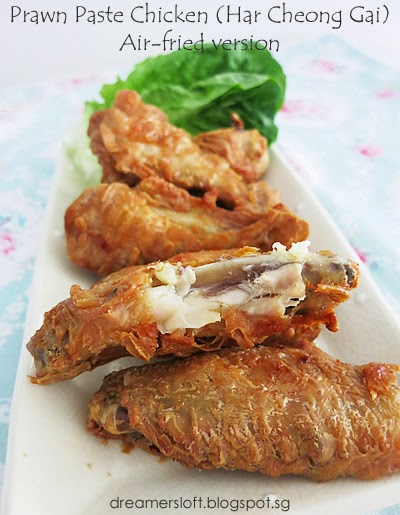 Posted by daydreamer at 6:52 PM