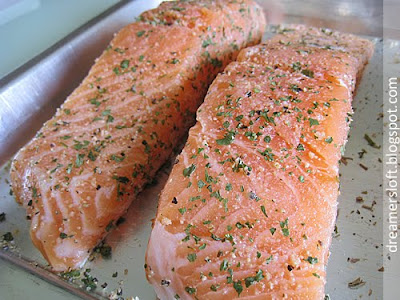 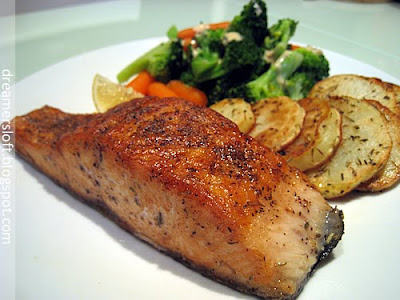 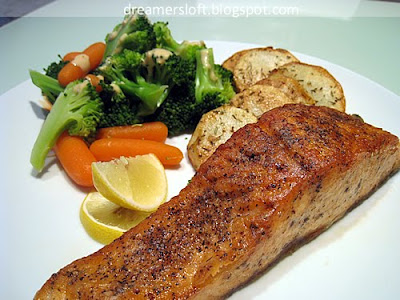 
We managed 3 slabs of salmon between us (barely able to finish!) and I packed the remaining slab with some leftover veggies and potatoes for lunch the next day. Next time, just 2 slabs would do.
Overall, it was a satisfying, hearty and healthy meal! We could do this again, though the kitchen was a tad oily and fishy for a night.
Posted by daydreamer at 10:07 PM