I must be the slowest coach to make this Magic Custard Cake; I think the whole village had already attempted different flavours of it since last year? When the craze first started, I bookmarked the recipes and added them to my long list of to-bakes but somehow never got down to trying any of them.

Anyways, recently I had a little bit of coconut milk and concentrated pandan juice left over from baking a Pandan Chiffon Cake and finally have this opportunity to attempt the Pandan flavour of the Magic Custard Cake. 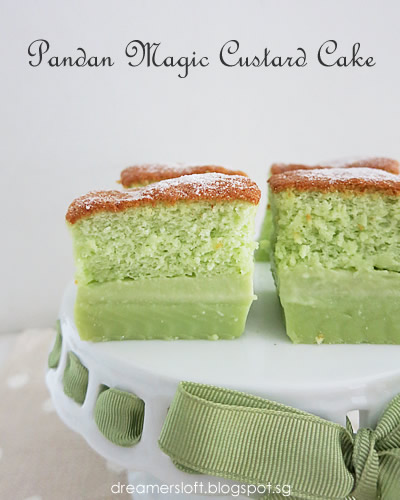 As usual, I went through in detail the various recipes and variations (Baking Tai Tai, Peng's Kitchen, Aunty Young, Anncoo Journal). Most of the ingredients and proportions are about the same, except for variations in the amount of coconut milk and fresh milk, as well as the use of pandan paste vs pandan juice/extract.

Since I only have a little bit of coconut milk left, I made it up with more fresh milk. As for the pandan flavouring, I decided not to buy commercial pandan paste or essence, but to use the concentrated pandan juice that I made for the pandan chiffon cake. 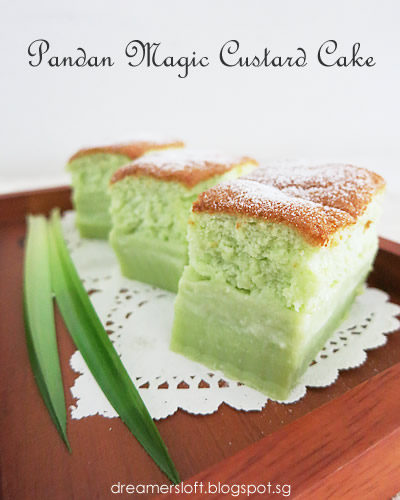 Baking the cake was rather straightforward for those who have baked chiffon cakes before; first, preparation of the main batter, followed by whipping up the egg whites till stiff peak, and then folding the egg white meringue into the main batter gently till incorporated. The batter was very very watery, casting a doubt as to whether the cake would turn out successful or not. It's perfectly normal, as advised by all the bakers who have attempted the recipes :) 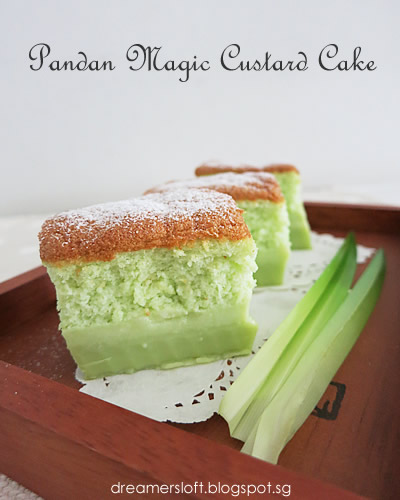 All was fine until the baking time was up.

I didn't have a removable baking pan, so couldn't lift the cake out of the pan to let it cool down on the rack. The cake was quite heavy and soft and I could feel it wobbling as I attempted to lift the baking parchment several times. Afraid that the parchment might tear and risking the cake smashing into pieces, I simply let the cake cool down in the baking pan, which turned out alright I guess. 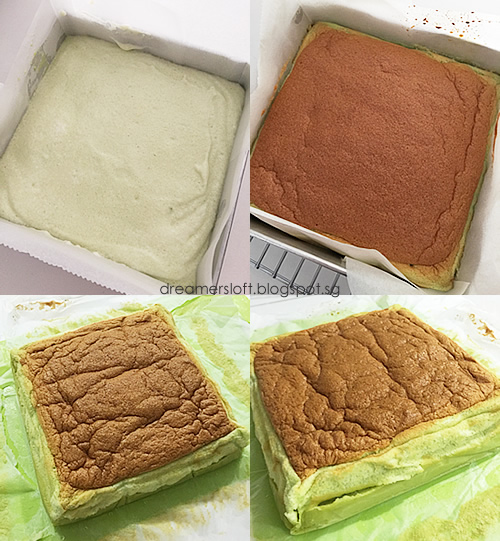 After the cake cooled sufficiently at room temperature, I transferred the entire baking pan into the fridge for the cake to chill and set completely. Finally removed it from the pan in the late night, and after trimming the sides of the cake, was elated that there were three layers - the cake, the custard and the kueh. Yippee! 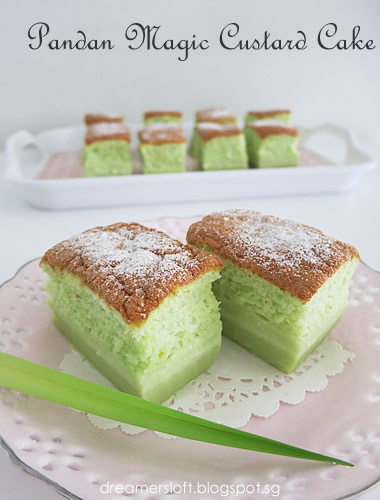 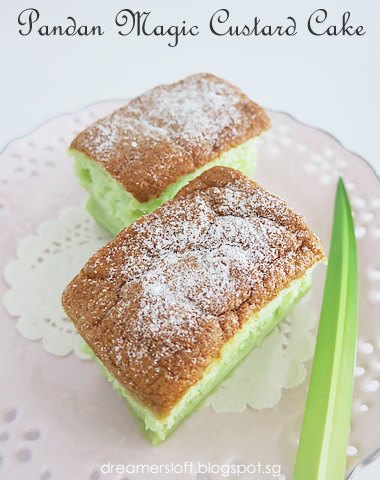 Personally, of the three layers, I love the cake part the best as I'm not really fond of custard or kueh. The cake was tender and fluffy, almost melt in the mouth. The kiddo tried a small piece and said it was ok, but didn't ask for second helping. As for hb, he said it tasted like pandan kaya cake, well, which I supposed was quite close in terms of taste? 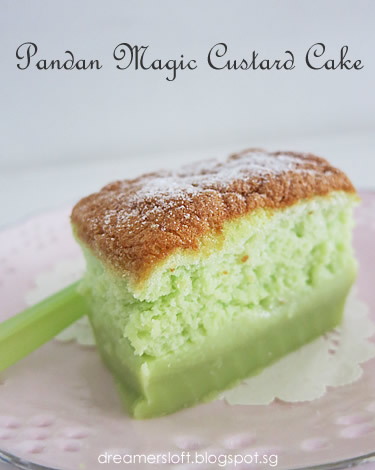 Ok, so now that I've tried and tasted the Magic Custard Cake, at least it's a check-off my list. Don't think I will attempt other flavours for now.
Posted by daydreamer at 4:52 PM